Measuring levels of asbestos in air is an important part of assessing the risk posed by work activities involving asbestos-containing materials. Asbestos causes around 5000 deaths in Great Britain every year and remains a problem because it can be present in any building built or refurbished before the year 2000.

The current HSE approved method for analysing asbestos fibre levels in air uses phase contrast microscopy (PCM) to count all fibres. One disadvantage of this method is that it does not discriminate between asbestos and non-asbestos fibres; discrimination is usually done using electron microscopy, a more costly and time-consuming analytical procedure.

A method developed by Japanese researchers offers the potential for simple discrimination between asbestos and non-asbestos fibres. HSE researchers have carried out testing of this method using commercially available testing kits. 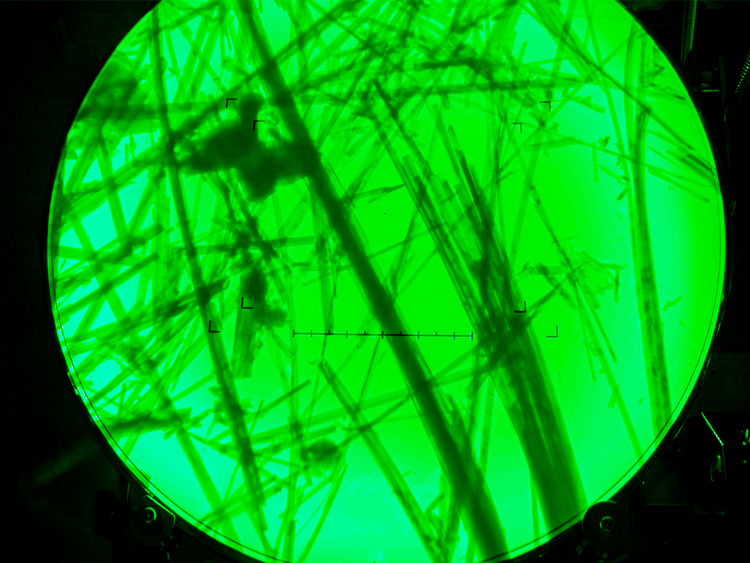 The use of fluorescence as outlined by the Japanese researchers could lead to a method for discrimination that would act as a simple add-on to the current method. This could make analysis for asbestos fibres much quicker and cheaper.

However the kits did not demonstrate that they could be used to effectively distinguish between asbestos and non-asbestos fibres.