After more than 12 years and a slightly premature release in May of this year the final version has landed, identified as second edition 2021 (amended July 2021).

There has been a huge amount of debate and anticipation as to what changes we could expect. Some of this fuelled by the usual rumour mill but also by the snippets which have been put out there as part of various HSE updates and seminars. So much so that most probably thought they knew what the content would be.

There has been an enormous amount of attention given over to clearance testing as part of those debates and seminars. Almost to the point where many thought those were the only or perhaps just the main changes. I have now received my glossy hard copy but know that it’s going to take some time to read through all 230+ pages, determine what the differences are and also what impact will that have.

This updated document sets out to try and provide more guidance in areas where issues have been seen; such as poor standards of clearance testing observed as part of the HSE Analyst Inspection Project, but also to assist in areas where guidance was lacking; such as the assessment for soils and made ground where asbestos may be one of the risks.

Although the two examples given are possibly the areas most commonly referred to, we cannot lose sight of the fact that this document is almost 2 and a half times the size of the 2005 first edition and has gone from having 4 appendices to now including 9 technical appendices. The updates and additions span across all aspects of asbestos analysis, testing and assessment. It now also includes an appendix on the discrimination of fibres in air to replace MDHS87 along with the water absorption test to discriminate between Asbestos Cement and Asbestos Insulating Board. 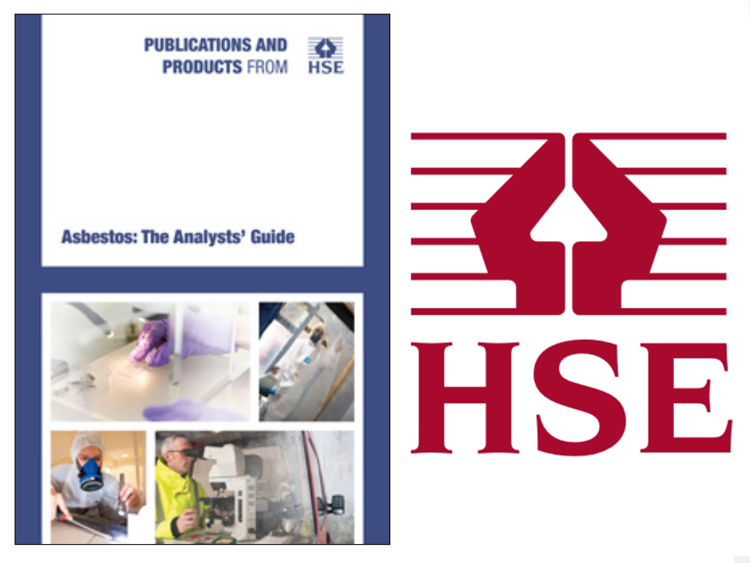 For so many years analysts have defaulted to all air monitoring having to comply with 480 litres and the use of the clearance indicator of 0.01f/ml. This has typically been the basis for monitoring and assessment regardless of the test type i.e., used for leaks, backgrounds and reassurance. I’m glad to see that the updated guidance includes more information in this area so that we can try and get better and more meaningful information for those situations which are not stage 3 of clearance testing. The guidance now covers getting better sensitivity so that we can quote to levels much lower than 0.01f/ml. Although this appears in various sections of this updated guidance it is nevertheless not a new phenomenon. It just seems to be that somewhere along the lines analysts were unaware that they could monitor for longer, count more fields and thereby get more meaningful results.

We are all used to the types of air monitoring equipment used as part of asbestos removal works to check for any leaks from enclosures. We will also be aware that even though this is a good measure that we do still have a reasonable amount of time when an enclosure could be leaking before it’s detected, partly due to the time taken to collect and analyse the sample. It’s interesting to note that this issue is acknowledged within the new guide with specific reference to the use of ‘live’ monitoring as seen with paragraph 5.44 below taken from the guide.

5.44 As the fibre monitoring will detect a leak only after it has occurred, it is important that a detailed inspection of the integrity of the enclosure and the control systems is carried out before starting work each day. A visual check on the extent of door flap deflection can be made at the start of each shift (a door flap deflection of ~200–250 mm is expected at the base of the flap with an extraction air volume of 1000m3/hr) (see Figure 5.7). Also, in sensitive situations, real-time ‘live’ monitoring can be used to monitor for relative increases in levels of particles or fibres outside the enclosure, to alert the removal contractor and occupants to potential leaks more quickly.

As I have already mentioned there are so many updates that it will take time to scrutinise the document and consider what it all means in practical terms. However, scrutinise the document is what I/we must do so that we determine what changes are needed and understand why. I’m sure most will be aware that a number of glitches/errors/discrepancies were identified within the online version released in May of this year. NORAC did provide consolidated feedback to assist HSE in considering those matters. We will be reviewing the feedback provided and if/how it has been incorporated into this final version.

We shall provide regular updates as we go through the document to flag up the changes from the old (2005) to this new (July 2021) version so as a final comment I will say ‘Watch this Space’.